Another fine, sunny day meant that we could get outside and continue restoring the panels of the air raid shelter; today, we spent 10 hours angle-grinding, wire brushing, sanding, rust treating, filling and painting, and it's beginning to look good! 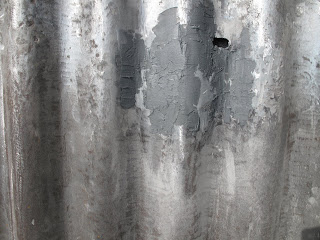 The first job was to finish filling and sanding the lower front section before painting. Chemical metal was applied to fill the hole in the panel, which had been rust-treated previously. This picture shows the chemical metal which has been applied over metal gauze to add strength.
One set, this is roughly sanded down with an electric sander, then finished off by hand.
Once finished, this panel was given a coat of undercoat in preparation for a final layer of silver top coat. 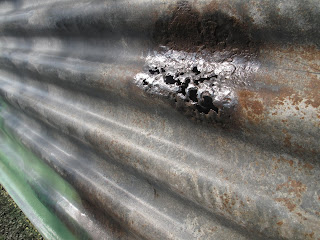 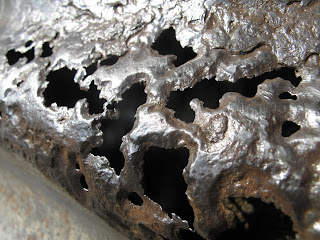 The second panel to receive attention was the front side panel. This section is in quite good condition, however it did have a series of small rust holes in the middle which needed to be wire brushed, rust-treated and repaired.
The lower half of the panel will eventually be below ground when the shelter is in place, so an ultra-smooth finish wasn't necessary, although the finished repair looked good front and back. 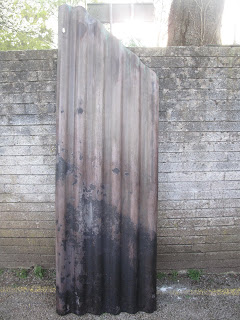 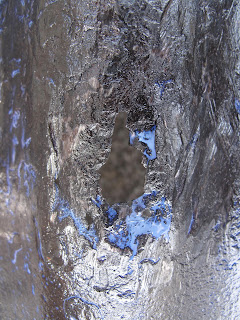 Next, we started work on the first of the six side panels. First the panel was wire brushed on the top and bottom to remove any loose rust. The side panel was then rust-treated. This chemical not only strengthens the metal, but also converts any rusty metal back into its original form. Strangely, when working, the chemical turns the metal blue, before drying in a finish resembling it's original colour. 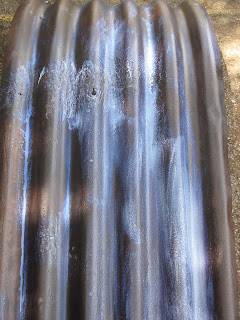 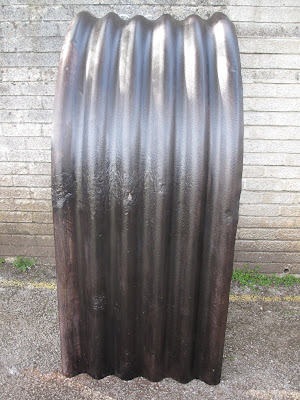 The panel after being rust-treated. Next, the small holes were repaired and sanded down in preparation for painting. 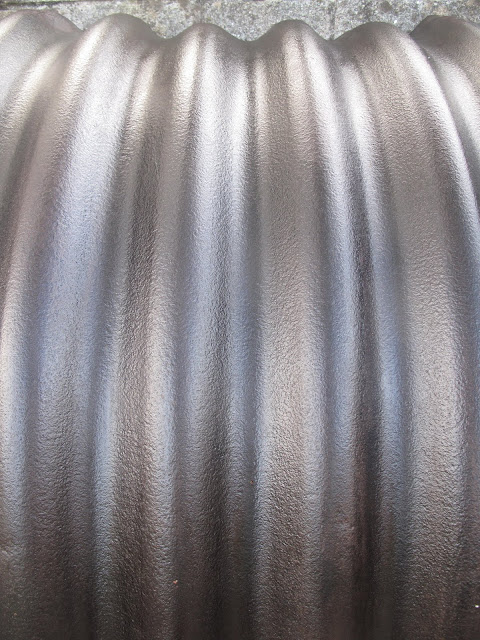 The finished panel ready for painting.
We now only have 5 panels left to restore, and 4 more to fabricate from new to replace the missing ones. . .watch this space!
Posted by 1940s Dig for Victory Garden at Saturday, April 09, 2011