Monday 6th June not only marked a day of remembrance for those who took part in D-Day 67 years ago, it also signalled a week of work relating to WWII for the children in year 3 & 6 at Elburton. 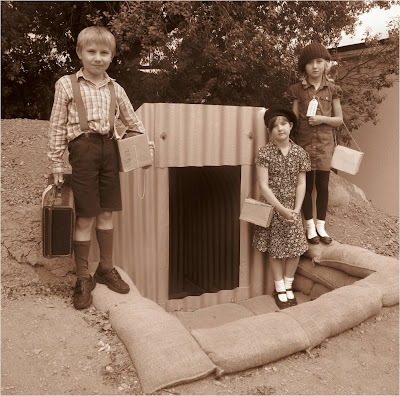 Throughout the week, the children took part in presentations and workshops run by Roland from Plymouth City Museum, continued to investigate what life on the home front would've been like between 1939 and 1945, learned about food and clothes rationing, cooked and ate food made from genuine wartime recipes, listened to visitors who shared their wartime experiences and learned about how Plymouth was destroyed by German bombers and then rebuilt after the Blitz. 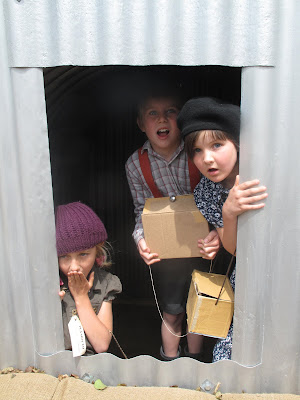 One of the highlights of the week came on Thursday afternoon when the children, dressed in clothing of the period, took part in a range of period games and activities during their 'V.E. Day' party. Children played games such as hopscotch, welly wanging, the human fruit machine, skipping, paper hat making and even took part in the 'stirrup pump chalenge' where water had to be pumped from the fire bucket as quickly as possible; an activity hundreds of Fire Guards throughout the city would've done during air raids to prevent the fire bombs from burning and spreading their flames throughout the city. 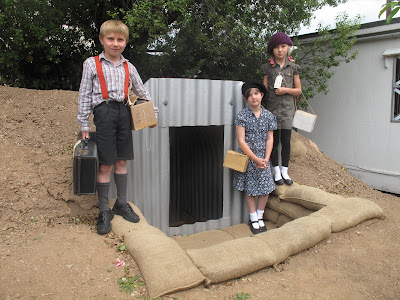 After all of the children had taken part in each activity, they retired to the 1940s garden, where they enjoyed traditional refreshments and ate the food they either cooked in school or had prepared at home. Mrs Hobbs, a special guest who had previously talked to the children about her wartime experiences as an evacuee, was invited to officially open the Anderson Shelter by cutting a blue ribbon. After performing this task, and getting photographed by the local paper, she played some wartime hits on the keyboard for the children to sing along to. With roughly 130 people in the garden, it was quite a squeeze, but everyone had a wonderful time. 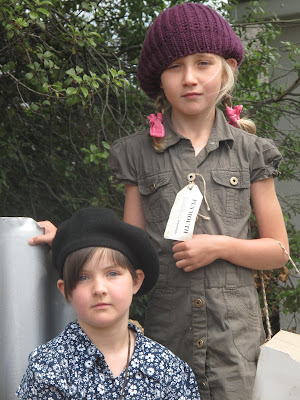 During the day, some of the children experienced simulated air raid drills, where they had to put down everything, grab their gas masks and rush into the Anderson Shelter. The children in year 3 also had to carry their gas masks and identity cards around everywhere with them; producing them when asked.
The following photos were taken at the end of the week, and involved 3 'evacuees' from my year 3 class; I couldn't resist getting some photos of the children in period dress next to the Anderson Shelter, and I'm very grateful to their parents for allowing me to use these images on the Blog.
All in all, it was a fantastic week for the children; a wonderful time was had by all and they learned many fascinating things about World War 2. The adults involved also had a fantastic time, and thoroughly enjoyed dressing up for the V.E. Day celebrations too! 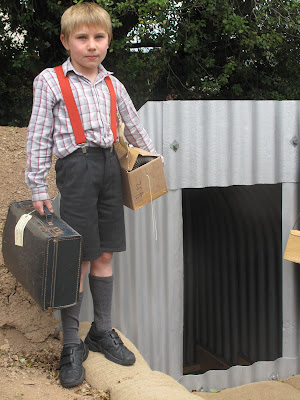 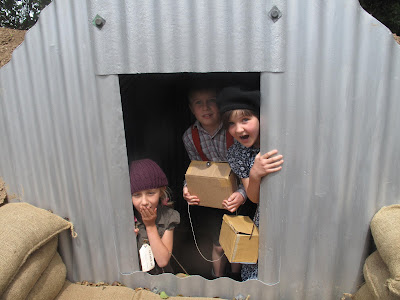 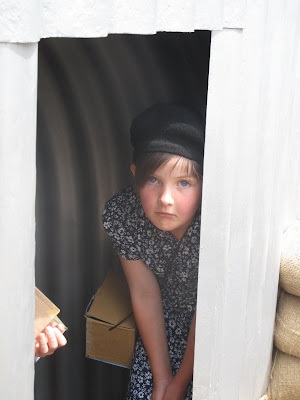 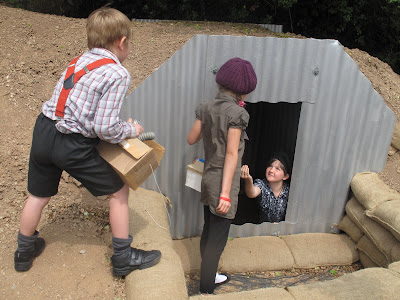 The evacuees rushing for cover! 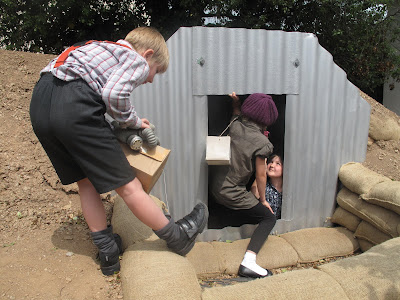 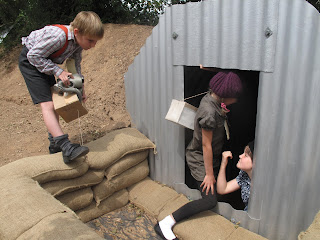 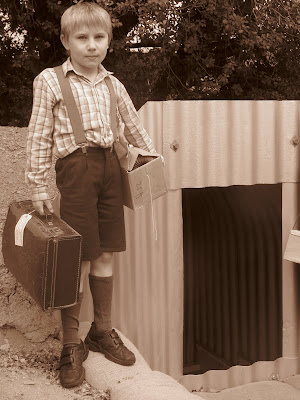 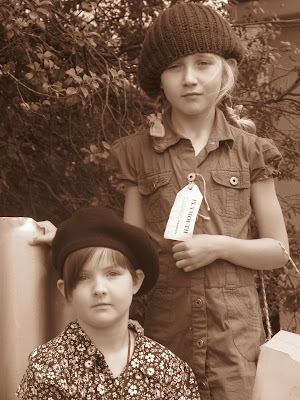 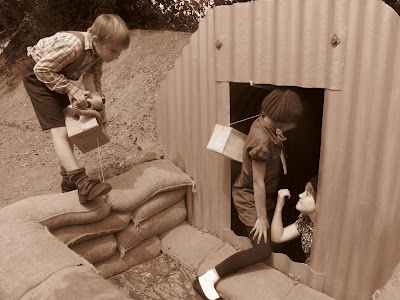 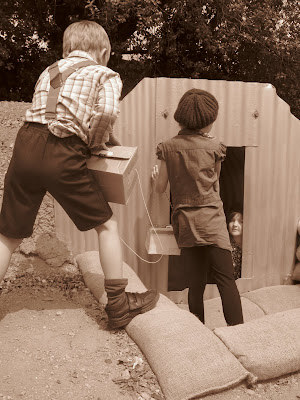 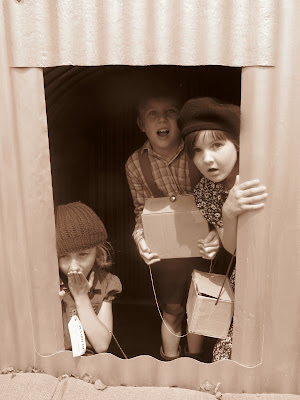