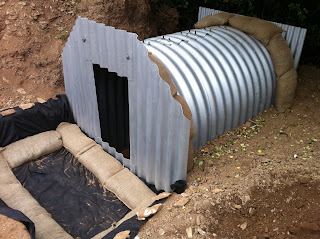 Once the step had been dug at the entrance to the shelter, the 'walls' of the hole were lined with sandbags; studying photos from the period revealed many different entrance designs, but this one will allow much easier access for the children who will eventually be exploring the Anderson shelter.
The bottom of the hole was lined with weed control matting, and the sandbags were filled and placed on top, around the hole. In total, 3 layers were added, bringing the sandbags level with the surface of the surrounding ground.
Sandbags were also used to cover the gaps created where the side panels of the shelter meet the corrugated front and rear sections. Eventually, these will be covered with earth once the shelter is fully 'dun in'. A final layer of sandbags will cover the top edge of the front panels. 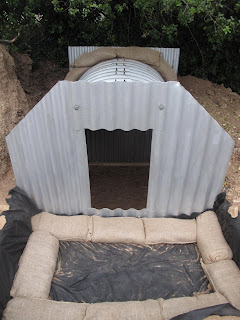 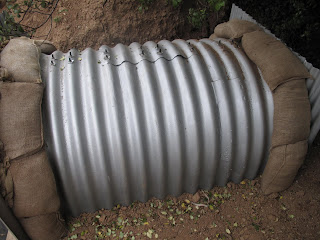 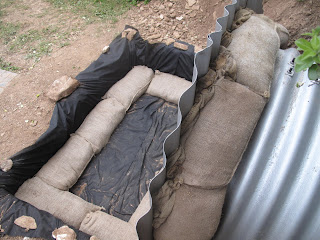 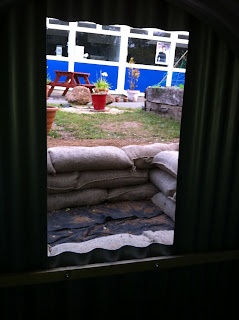 A view of the completed entrance from inside the shelter. 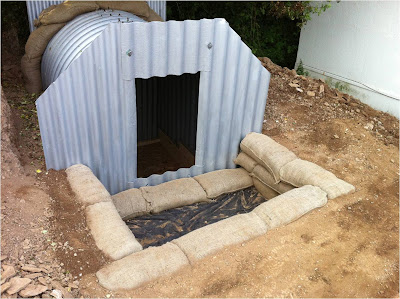 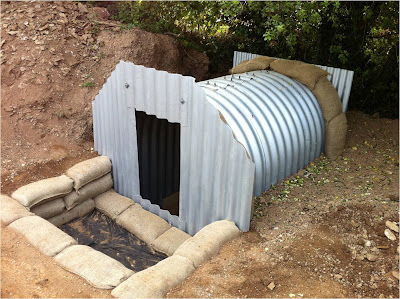 A layer of sand inside the sandbag walls will complete the entrance; this will also cover the black weed matting. The next step will be to cover the roof of the shelter with about 9-12" of earth.
Posted by 1940s Dig for Victory Garden at Wednesday, May 18, 2011