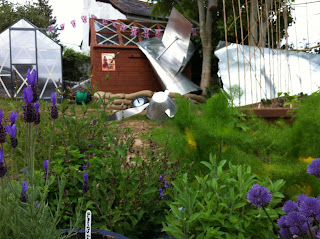 On Thursday 5th May, Barry Tippett from Babcock Marine, Plymouth, arrived with two of his apprentices to deliver the aircraft parts they had been working on for the past few months. The aircraft parts, representing a German Messerschmitt ME-109 fighter plane, are to form the 'Battle of Britain' set piece in the garden. The 3 parts include a tail section measuring roughly 2 metres, a wing tip also measuring a 2 metres and the spinner/propeller blades from the front of the aircraft.

The parts have all been manufactured from aluminium, and fastened using rivets, also added in their original positions. The parts have all been constructed to the original specifications, and look extremely life-like. The edges of each panel have been made to look like they have been ripped off during a crash; the apprentices have even added details such as bullet holes where the aircraft has been 'shot down'!
We were delighted with the aircraft sections the apprentices have produced for us, and we have placed them in the garden alongside the potting shed (A.R.P. Post). Eventually the parts will be spray painted to the correct colour scheme of the original German fighter, as it would've appeared during the Battle of Britain. The pilot will eventually be suspended over the garden wearing his parachute; he will be our entry in the scarecrow competition in this year's 'Plymouth in Bloom' competition. 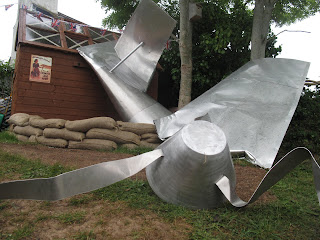 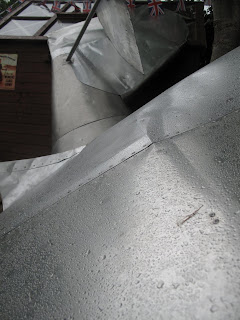 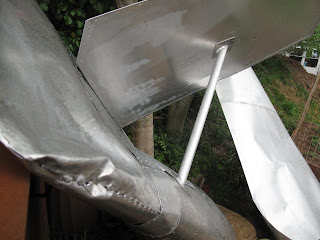 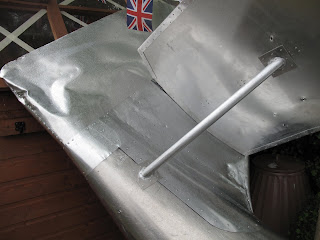 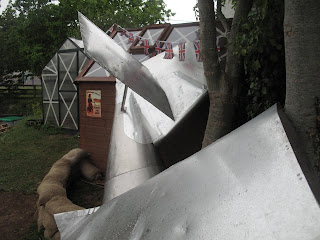 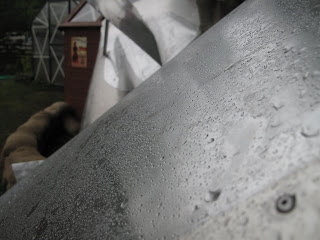 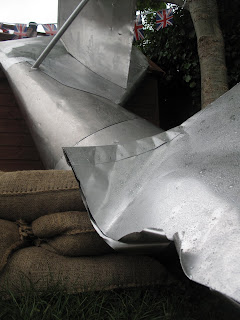 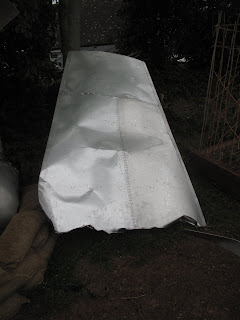 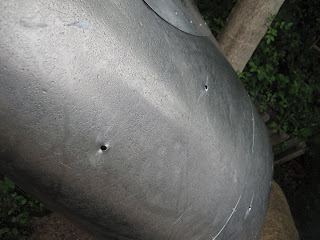 Bullet holes in the tail section represent where the aircraft has been shot at during a dog fight. 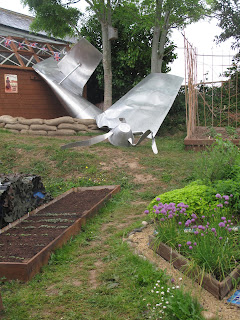 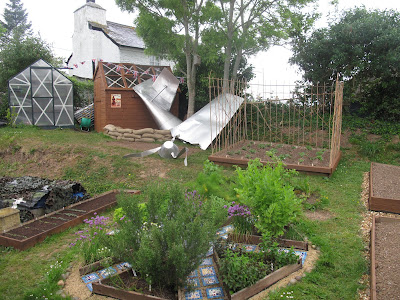 This will not be the final resting place for the aircraft parts; once the garden is more established, they will be placed somewhere more appropriate, so they don't detract from the 'A.R.P. Post' feature. 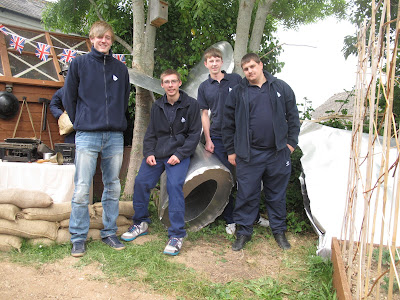 The 4 apprentices who fabricated the aircraft parts came along to our media afternoon in the garden to see their work displayed; they were delighted with the results of all their hard work, as were we.
Posted by 1940s Dig for Victory Garden at Saturday, May 14, 2011