‘Dig for Victory!’; What’s It All About? 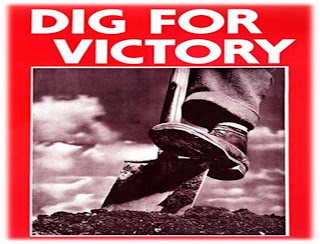 The Dig for Victory! campaign was instigated in Britain as soon as World War II started. The government realised that the population would go hungry if the war was to last longer than a few months. The result was that formal gardens, lawns and even sports pitches were transformed into allotments, large and small, and everybody on the home front was encouraged to become a vegetable gardener.

The Need for Dig for Victory!

Before World War II, Britain imported over 55 million tons of food a year - much of it from Canada and the USA. After the outbreak of war, merchant vessels carrying provisions into Britain, especially those coming across the Atlantic, became targets of the German navy and food imports were under threat. At the same time the British government recognised that the merchant ships were required for the transport of troops, munitions and even aeroplanes to the theatres of war. Our reliance on imported food needed to be reduced. This was dealt with in three main ways: 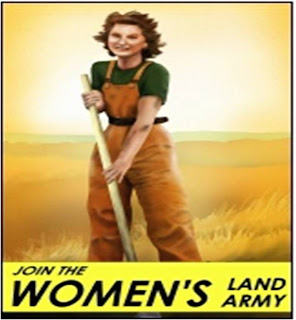 ming was modernised and the Women's Land Army was set up to provide labour for the growing agricultural sector.

Rationing was introduced, which involved every householder registering with their local shops and the shopkeepers were provided with enough food for their registered customers, through a system of ration cards with points.

The government recognised that rations needed to be supplemented and in 1939 the Ministry of Agriculture launched one of the most memorable campaigns of the 20th Century: Dig for Victory!

Lord Woolton was appointed Minister of Food. He was a charismatic man with great business acumen, which ensured that the Dig for Victory campaign succeeded and the British public did not starve during or after the war.

The whole of Britain's home front was encouraged to transform private gardens into mini-allotments. Not only this, but parks, formal public gardens and various areas of unused land were dug up for planting fruit and vegetables. Kensington Gardens dug up its flowers and planted rows of cabbages. The government also encouraged people to keep a few chickens or ducks for eggs. Some communities set up pig clubs, feeding the pigs on kitchen scraps and sharing the pork when the pigs were slaughtered. Hyde Park had its own piggery. Goats were kept for milk and rabbits for stews.

Woolton believed that the public should be educated and helped to grow vegetables - being shown how to grow compost heaps, for example - not just instructed to get on with it. During the course of the war the Ministry did many things to promote the importance of growing your own. In addition to posters and leaflets, radio broadcasts were heard 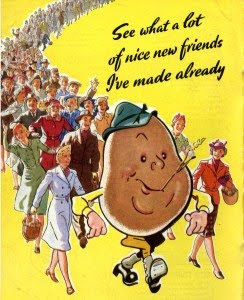 in the form of food flashes and new advertisements introduced Dr Carrot and Potato Pete. Anthems were even sung to encourage people to enjoy growing their own food.

Dig for Victory! posters are still well-known today. The picture of a booted foot pushing a spade down into the soil, with the slogan above, is probably the best-known, but many others were also printed and displayed in prominent places such as billboards, tube stations, shops and offices.

The Ministry published and distributed a series of leaflets showing the public how to grow fruit and vegetables of all sorts, including:

They also distributed a monthly Allotment and Garden Guide in the latter part of the war, full of handy tips such as:

If the weather be fine in February, we shall be anxious to get onto the vegetable plot. Never work the soil when it is too wet and sticky...seeds sown in cold, wet soil will rot instead of germinating. Remember when ordering your seeds that half a pint of runner beans will sow a row 50ft long.

Dig for Victory anthems were played on radio broadcasts, to encourage people to grow their own:

Dig! Dig! Dig! And your muscles will grow big
Keep on pushing the spade
Don't mind the worms
Just ignore their squirms
And when your back aches laugh with glee
And keep on diggin'
Till we give our foes a Wiggin'
Dig! Dig! Dig! to Victory 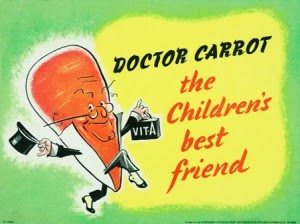 e one vegetable in plentiful supply and as a result were widely-utilised as a substitute for more scarce foodstuffs. To improve its blandness people were encouraged to enjoy the healthy carrot in different ways by the introduction of Dr Carrot in a series of magazine articles and posters. The slogan Carrots keep you healthy and help you see in the blackout was used. Culinary delights such as curried carrot, carrot jam and a homemade drink called Carrolade (a combination of carrot and swede juice) were suggested by the Ministry.

Potatoes were promoted heavily as a good source of protein and energy. Potato Pete had his own song sung by Betty Driver. The recording was a great success in amplifying the message that potatoes are good for you. Potato Pete recipe books were written to give home cooks suggestions and advice on how best to serve potatoes. For example, scrubbing instead of peeling potatoes was recommended, to cut down on waste. Traditional nursery rhymes were adapted to give a Potato Pete theme. For example:

There was an old woman who lived in a shoe.
She had so many children she didn't know what to do.
She gave them potatoes instead of some bread,
And the children were happy and very well fed.

To promote the use of foods that people were less used to harvesting and preparing, recipes for the free food found in the countryside were published, such as crow pie, braised sorrel and squirrel-tail soup. Housewives were advised to make jams, chutneys and pickles to ensure that there were good-tasting foods in the home through the winter. Preserves were made from everything, from onions to rosehips.

The End of the War

The British government realised, even before the war ended, that people would still need to grow their own well beyond the cessation of hostilities. In a well-publicised speech in late 1944, Lord Woolton said:

We can justly congratulate ourselves in what we have achieved. But we must on no account relax our efforts. The war is not yet won. Moreover, even it were to end in Europe sooner than we expect, the food situation, far from becoming easier, may well become more difficult owing to the urgent necessity of feeding the starving people of Europe. Indeed in many ways it would be true to say that our real tasks will only then begin. Carry on therefore with your good work. Do not rest on your spades, except for those brief periods which are every gardener's privilege.

He was right. The campaign continued and people relied upon their home grown food for years after the war. Rationing did not finally come to an end until 1954, when meat was the last foodstuff to come off the ration list.

Dig for Victory was a hugely successful campaign exceeding all expectations. Between 1939 and 1945 imports of food were halved and the acreage of British land used for food production increased by 80%. It was estimated that over 1.4 million people had allotments by 1945.