The Battle of Britain

For three months, the German Messerschmitt Bf 109 engaged the Hurricanes and Spitfires of the RAF in a momentous struggle for air superiority over the Great Britain. 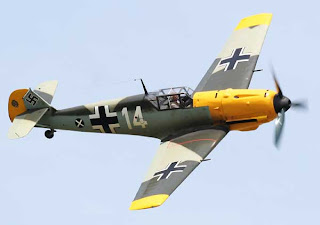 The airplane performed as required, but the distances from bases and the need to use the Messerschmitt in a bomber escort role took their toll. Many aircraft were shot down during the daily air battles that took place during the long, hot summer of 1940, and aircraft remains could be seen strewn over the English countryside where they had crashed. Often, aircraft would crash land in farmer's fields, close to residential areas, and even on allotments. Downed German pilots who parachuted safely, nonetheless, were lost for the duration of the war as POWs; British pilots who parachuted out of their aircraft promptly returned to their squadrons to fight another day. 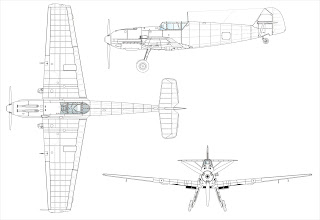 By the end of October 1940, the British had lost 1,149 airplanes, mostly fighters. The German Luftwaffe lost almost 1,800 aircraft, one third of them Bf 109s.
For the first time, Hitler's airforce had been defeated, and a few months later he turned East, with devastating consequences. 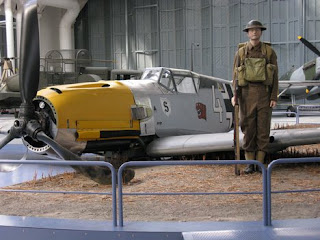 Duxford's Hangar 4 has a downed Messerschmitt Bf 109 as part of its Battle of Britain display. 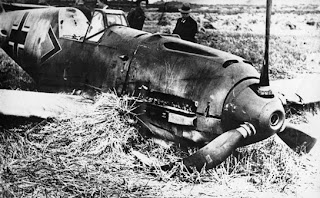 This photograph shows a 109 that has crash landed in a field during the Battle of Britain in the summer of 1940. 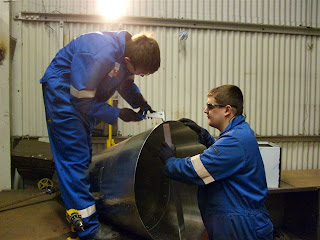 At Elburton's 'Dig for Victory' garden,we are planning to bring a little of the 'Battle of Britain' spirit to life by incorporating our very own downed German fighter into the garden display.
As part of an annual community project, the apprentices at Babcock Marine, Plymouth have very kindly offered their assistance with this. They are currently fabricating parts to represent a crashed German Bf 109 fighter which will take pride of place later in the summer. 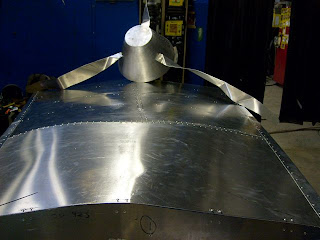 The pieces of the fighter being constructed consist of a 2-metre section of wing, a similarly-sized tail section and a twisted propeller and nose cone, all of which will be placed into the ground to simulate an aircraft that has been shot down. 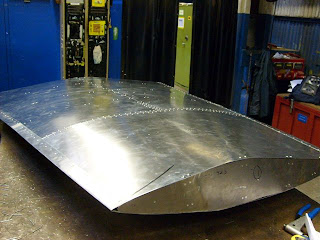 We're very excited about this project, and can't wait to see it on display in the garden.
We'll post more photos as the project progresses.
Posted by 1940s Dig for Victory Garden at Friday, March 25, 2011