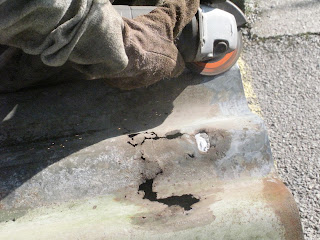 On Saturday 19th March, we spent the day continuing restoration work on the Anderson shelter. We continued to remove the rust from the front sections, and clean them up with a wire-brush fitted to an electric drill.

With 70 years worth of rust removed, we were lucky to find only a small amount of damage on the lover front section, where it had originally been in the ground. This damage can easily be repaired before rust proofing and painting.

We found that the angle grinder, used carefully, is the most effective tool to remove the rust with, with any final finishing being completed with the wire brush to remove any remaining rust. The picture below shows the upper section of the doorway, which has come up really well, and now requires very little work prior to painting. 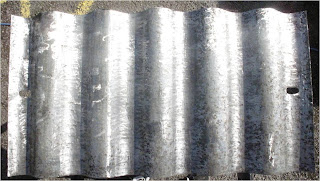 With these two front-centre pieces cleaned up, we continued to work on the curved side sections; these will require a lot more work, as when rust is removed from each side, we're finding that the metal has often rusted right through, particularly on the curved roof surface which is more difficult to repair.

One interesting discovery was the original manufacturer's markings on the underside of one of the side panels. The letters 'H O' (Home Office) with a crown in the centre can clearly be seen, as can the 'GLOBE' logo underneath. 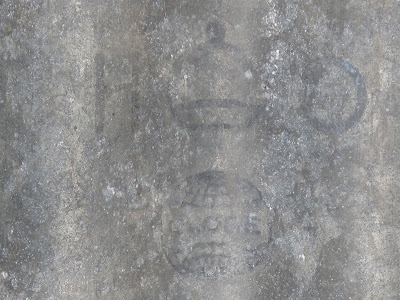 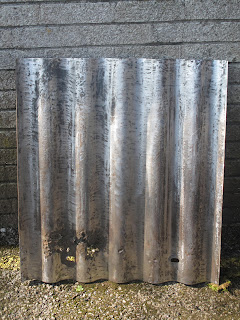 This photo shows the cleaned up lower front panel; this has some slight rust damage which now needs repairing before rust proofing and painting.

Next week we will continue clean-up work on the 6 side pieces, which have now been cut down to remove the badly rusted lower edges as described in my previous Blog entry.