Today we continued to work on the remaining 3 side panels of the Anderson shelter. As these are the most corroded of all the panels, they required a lot of grinding, brushing and rust-proofing.
One of the panels had also lost a considerable amount from its lower edge due to corrosion, so it was decided that in order to make sure the panel was strong enough to withstand the weight of soil on top of it once it was buried in the ground, we would cut a new base plate from our spare corrugated piece to attach onto the damaged piece with bolts. This too had to be ground, wire-brushed and rust-treated.
We also decided to use another section of the spare panel, this time an upper curved piece, to place over the top of one of our badly corroded panels. This way, once filled and sanded down, the finished panel will not only look good, but will also maintain its strength.
Here are a selection of photos from today's work - the helmet in the picture below is a 1939 dated SFP (Supplementary Fire Party) helmet used by fire watchers during the war. This will be restored to its original colour scheme with markings once it has been rust-protected. 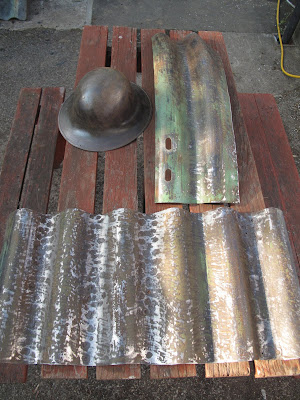 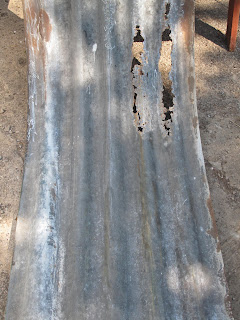 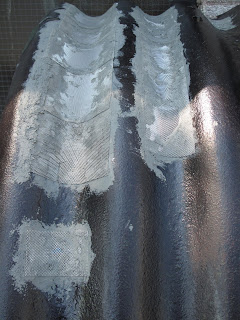 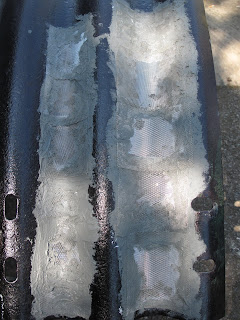 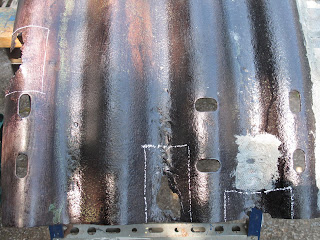 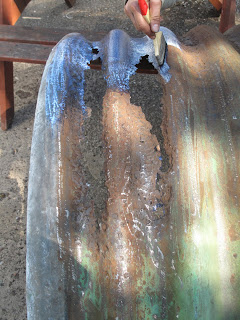 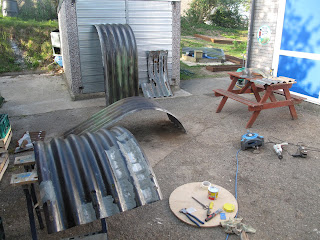