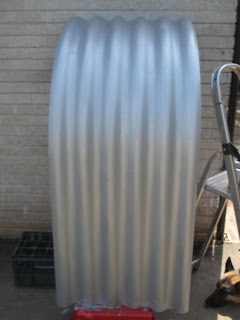 Today we finished painting side panels 4 & 5 with rust-protecting silver top coat, and continued repairs on the final side panel. All was going well, with the holes repaired and the strengthening panel sealed and bolted into place, when we realised that we would run out of chemical metal before all the repairs were finished. Unfortunately, being Easter Sunday, all the shops were closed, and further work had to be put on hold. With one day of holiday left, the final panel has to be completed tomorrow. . .!! 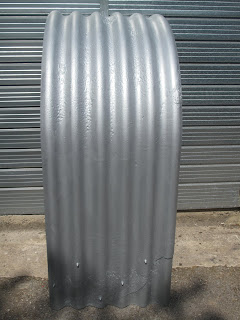 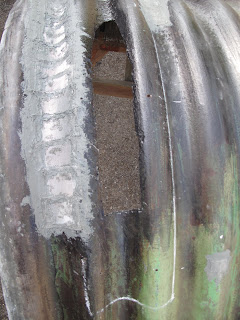 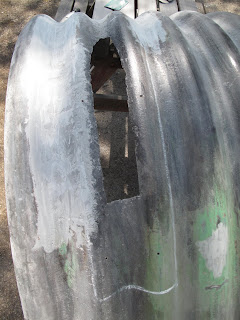 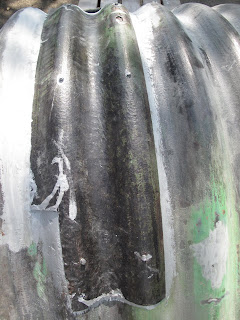 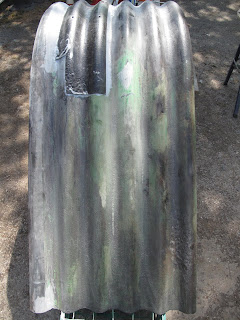 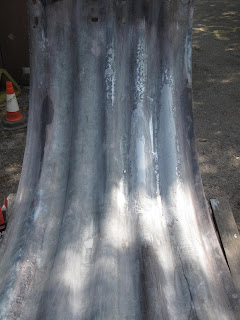 With work on the Anderson shelter put on hold, we decided to do some tidying and preparation in the garden. The raised bed we moved to make way for the aircraft parts was lined along the bottom with weed-control matting, so it can eventually be filled and used for growing, in its new location outside the school's kitchen. This will probably contain pumpkins and squashed later in the summer. 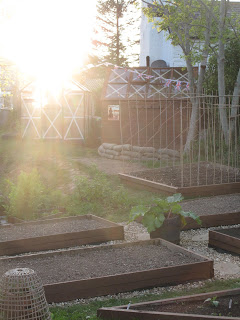 We also moved the potato sacks / hessian bags to a more convenient position, which involved laying some more weed-control matting first. Finally, 6' canes were placed along 3 edges of the potato bed in preparation for planting out the sugar snap peas next month. Willow was weaved between the upright canes to give the pea plants something to cling on to as they grow. 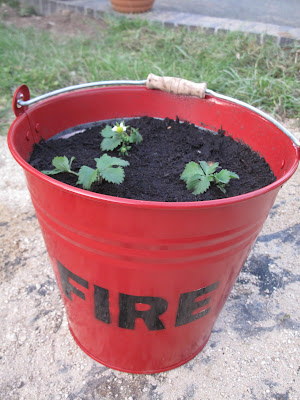