Over the winter, the garden was tidied, and the beds dug over. The greenhouse was cleared, and many of the 'seaside garden' features were removed. The bamboo/willow canes that formed the archway structure in the centre of the garden were removed, and the canes put in dry storage for the winter. Manure was dug into the beds in preparation for the 2011 growing season.

Between November and January, ideas for the 2011 garden were formulated, and different possibilities were discussed. In the end, we decided that the 2011 garden would have a 1940s theme, where the children could 'Dig For Victory'!
The Year 3 & 6 children at Elburton will be studying this topic in the summer term, and we thought this would prove to be an interesting and exciting learning resource for them.

As with last year's garden, different features were discussed to fit into this theme, and to add to the learning experience of the children's topic work. The first feature that came to mind was an Anderson Shelter. These were common features in back gardens in wartime Britain, and were delivered to households free of charge for families to erect themselves. Although an Anderson Shelter could be built from modern materials, we really wanted to source an original shelter and locate it permanently in the garden. 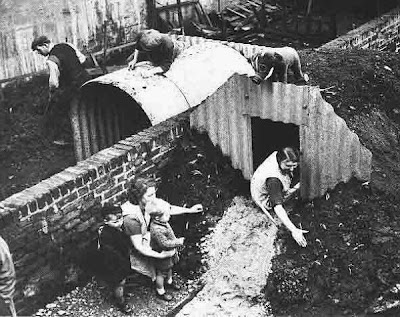 We are currently working in partnership with Plymouth City Museum to source a war time Anderson Shelter, which will form an important part of our overall display.
We are also in the process of drawing up plans, assisted by the apprentices at Babcock Marine, Plymouth, to fabricate another exciting feature for the garden; this will be revealed at a later date once designs have been 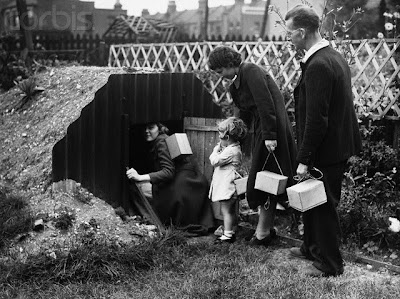 finalised. Various other features are currently being sourced, restored or constructed, and we'll keep you updated on any developments in the future.

We look forward to an exciting and inspirational year in the garden - watch this space!
Posted by 1940s Dig for Victory Garden at Monday, February 21, 2011