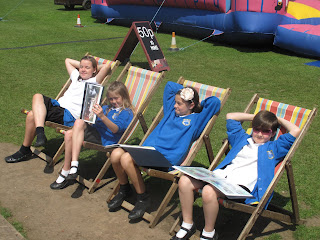 On Thursday 21st July, 4 representatives from Elburton were invited to West Hoe Park in Plymouth to meet the Plymouth in Bloom judging team. The judges were on a tour of selected gardens, allotments and community projects, all of which have been entered in this year's competition.
The children proved, once again, to be superb ambassadors for the school, and discussed their 'Dig for Victory' garden project in detail and with enormous enthusiasm. They were able to show the garden portfolios from the previous 2 years, as well as sharing the photographs and information gathered this year. The meeting only lasted for about 15 minutes, as the judging team were in a rush to see everything Plymouth had to offer, but there was no doubt that the children's enthusiasm for the project impressed the judges.
On Wednesday 10th August, there was yet another opportunity to meet with a judging team in Plymouth. However, this time, the team was visiting Plymouth to judge the gardens, community projects, public spaces, coastline and allotments as part of the RHS 'Britain in Bloom' competition. Last year, the City of Plymouth did particularly well in this competition, and are hoping to repeat this, especially as the city has been listed within the coastal category for the first time.
This time, 2 children were invited to the National Marine Aquarium to meet the judging team and talk to them about their project. Despite the 8.30am start, and the fact they had to wear their school uniforms in the holidays, the children did a fine job once again, talking to all the judges in turn about their school garden and the story behind the project. Representatives from Plymouth Parks Services were delighted with their efforts, as were the other adults in attendance. The children did a fantastic job, and should be very proud of themselves! They were rewarded for their efforts with a free trip around the aquarium before it opened to the public that day. 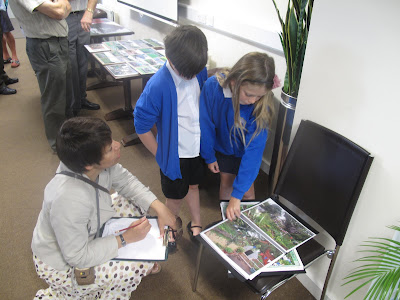 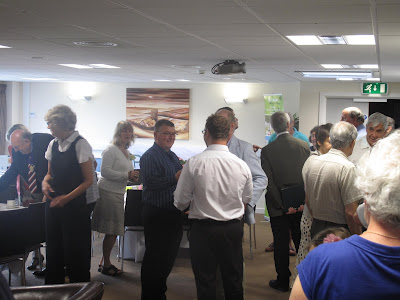 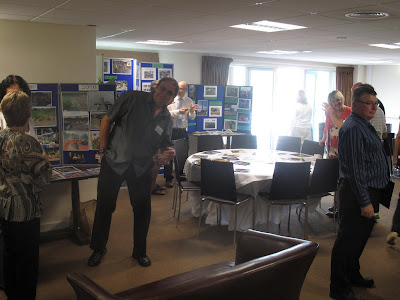 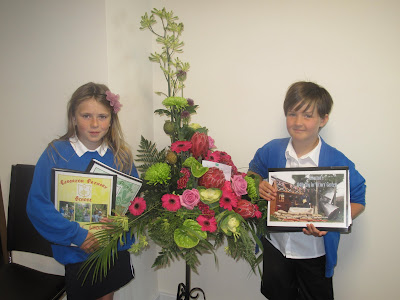 With all the judging now over for another year, all we can do is await the results of both the Plymouth in Bloom competition, and the RHS competition. Results will be announced sometime in September / October, so watch this space!!
Posted by 1940s Dig for Victory Garden at Wednesday, August 24, 2011